Recently, I was invited to do an interview for a popular podcast called “Broken Catholic” hosted by Joseph Warren. Unexpectedly, the discussion turned toward regret, forgiveness and mercy. Hope you enjoy this half hour journey. 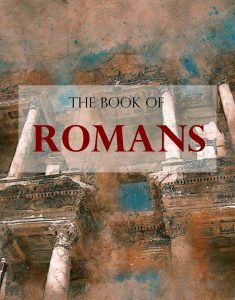 At long last, our study through Romans is at an end. Today, Jody summarizes the journey through this challenging and impacting letter.

See you next fall!

The second installment of Jody’s exploration of Romans 2.

n the last few months we’ve been discussing the salvation message that many of us were raised with, namely that it is a very simple thing to “get saved.” I can’t remember how many times in conversation with people I have heard them say that they “said the words” in a prayer and, therefore, were saved and going to heaven. They staked their claim in the few square feet at the foot of the cross and expected to be able to live as they pleased until the trumpet sounded and then, by the strength of those words mumbled in prayer would be good to go.

Really? Is that was is required of the followers of Jesus? A few parroted words and we’re good to go with “the man upstairs”?

I’d like to recommend two resources that may be of help here. First, a sermon by one of our favorite preachers, Major Ian Thomas, and second, a book we published for a friend of ours called The Transforming Power of the Keys of the Kingdom – Rediscovering the Process of New Testament Conversion.

A recorded version of this short story is available below.
[display_podcast]
~~~~
The Reverend G. Robert Turley surveyed the destruction of the church. The only part of the structure that remained standing was the chimney, but even that stood half its original height. There would be no service this morning.

It had been a little before 1:00 A.M. when Larry Carson, the captain of the volunteer fire department, had called the Reverend Turley with the—news. By the time the fire truck had-reached the church the roof was already burned through. The crew had tried heroically, some even said foolishly, to save the furnishings, but all they had been able to salvage was the communion table. Four of them had wrestled the heavy table from the platform and out the back door minutes before the joists in the ceiling let loose releasing an avalanche of flame into the sanctuary. Searing heat belched through the back door, windows exploded from their frames and the fire gulped the night air. The fire fighters left the table where it was and drew back to watch helplessly as the ravenous blaze fed on the aged pews. In a matter of 15 minutes the roof caved in and within half an hour the last wall toppled over in a swirling cloud of orange sparks. “That’s the way it is with old buildings,” Carson had said. “They burn fast, hot and don’t leave much behind.”

Reverend Turley stood quiet and alone before rubble that had been his church. There was not so much as a wisp of smoke. The charcoal skeleton was cold . . . dead. Beyond that blackened desert the communion table sat on a little grassy hill. The side facing the building was badly scorched, the carved words, “IN REMEMBRANCE OF ME,” were stark against the blistered varnish.

News of the fire had traveled fast. One by one church members and curious townspeople began to gather. There were no suits and ties this morning, no clean dresses, no white gloves and polished shoes. People milled about talking in low tones, astonished at the devastation, wondering what would become of the congregation.

It was Ed Van Slyke that reminded Reverend Turley that it was communion Sunday. Ed was the head usher. It was he who made sure that bread and grape juice were available for communion and so, he said to the pastor, it made sense to him that as long as all the supplies were bought and he’d polished the altar cup—everything was in grocery bag in the back seat of his car—they may as well take communion. Anyway, the table was all they had left.

You can find our teachings after February 2009 above where it says “Audio” and under “Jody’s Teaching” and “Dan’s Teaching.” The recordings of our messages will be there. Click on the title of the teaching and the details show up, including the text of the scriptures used. The teachings we’ve done before are still available in this space. Just click on the appropriate category in the column on the right.

If you have any questions, you’re free to complain to the webmaster. Uh, that would be me…Dan. As for this space, I’m planning on trying to be thoughtful again. We’ll see how that goes.