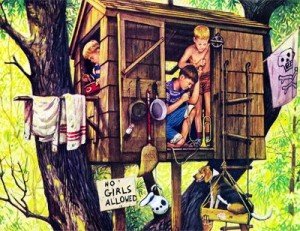 I’ll say it right up front: I have little patience with religious groups that marginalize women. Some groups (and I am not thinking of any specifically) think they are being scriptural by insisting that women keep silent—obedient to the putative Pauline dictum—and that to say otherwise is to be “soft on scripture.” In short, for me to suggest that limiting the participation of our sisters is unbiblical and unnecessary, is to be branded by some as “liberal.”

I guess that’s the way it will have to be. If it makes me liberal to insist that women take their rightful place as a fully participating member of the Bride of Christ, then I shall wear the label, unjust though it may be. If challenging churches –even house churches– that insist women are to remain on the margins makes anyone uncomfortable and defensive, I am sorry, but I see no other way.

Why am I so intense about this? Because God brought into my life a capable, intelligent, zealous and powerful woman. In our 40 years of marriage, I have come to appreciate and respect the anointing that rests upon her, and the wisdom. It begs the question: why would God gift her in such ways and then relegate her to a place on the margins, or worse, insist on her silence in the assembly? It made no sense.

I am not going to take the time to address each of the verses often cited to limit the role of women in the church—the New Testament as “new law.” It would take more space than I want to give right now. Suffice it to say, Paul was helping the early church navigate the cultural norms of his day in such a way as to present the message of the gospel without distraction. He dealt with idolatry, slavery, civil authority…the place of women. In all cases, the trajectory of his words point in the same direction: toward a kingdom of priests; an assembly of equally valuable members; a body made up of essential parts, none less important than another. In other words, he taught the church to present the message, while being careful not to bump the culture unnecessarily.

Yet, here we are in the 21st century enforcing a first century understanding (even today, a Mid-Eastern understanding) of gender in the church. Doing so, we often create the very distraction that Paul would have avoided.

The New Testament is clear: in the church there is to be the reflection of the image of God, in which there is neither Jew nor Greek, circumcised or uncircumcised, barbarian, Scythian, slave, free…male or female. We are one in Christ.