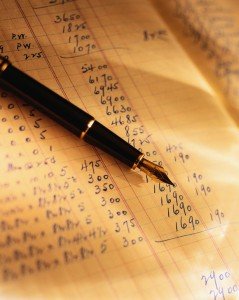 It has been true for long time that the giving of most churches in the US goes for staff costs and building maintenance. Now, put that reality next to the very low percentage of income that is actually being given, and we have to wonder about the state of the Christian virtue of generosity. Here’s another snip from the report:

In a report, titled “The State of Church Giving Through 2009,” released Friday by Empty Tomb inc., a Christian service and research organization, authors found that “benevolences” – or funds used for giving outside the church including giving to charities and seminary training – hit new lows compared to their first report in 1968.

May I wonder out loud a bit? First, are the figures based on what is given to the religious organization we call “church?” Note what I am saying here: In my mind there is a difference between the system or organization we often call “church” and the Church, which is an organic expression — the Body of Christ, which is people. What if Christ-followers are giving “off the books,” if you understand my meaning. Is part of the issue that givers are bypassing the local organization and giving directly to where they see needs. I know Jody and I give very little to local congregations; we give more directly to people whose ministry we know. Furthermore, we have benefited from the generosity of others who do the same. Who tracks that kind of generosity? Some of that is not even claimed as a deduction.

I don’t doubt that giving is low. I do wonder, though, if some of the scarcity seen by local churches is partially a reflection of givers following their heart in their giving rather than assigning the responsibility to the board of trustees.

When I discuss tithing, and the broader principle of extravagant generosity, I make it clear no organization has the prior claim on your money. God has the prior claim. Where He directs your giving is where you are to give, and it may not be to anywhere that is keeping track. Seems like Jesus would be OK with that ( Matthew 6:3-4 ).

Here’s the link to the article in CP.