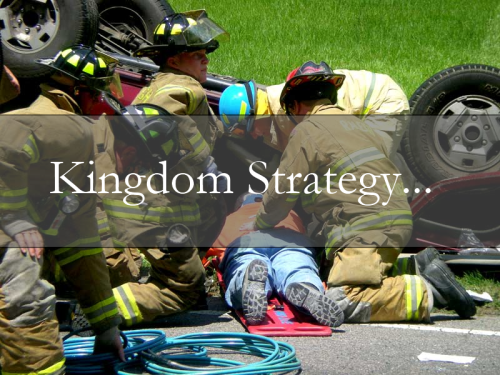 Yesterday we watched in horror as ‘first responders’ were called to a local high school during another school shooting incident. Fire, police, ambulance and life flight made it to the scene of Reynolds High School with an engaged emergency response. Meanwhile, parents gathered in clusters along the side streets and parking lots, waiting for word and the opportunity to reconnect with their children. Media interviewed and reported a wide variety of their reactions.

I consider those two words this morning—response and react—wondering if there was a difference in meaning, and if so, what was it?

Sounds similar. Yet, as I watched the two roles at work in this tragedy, I saw one (the ‘first responders’) trained and prepared to respond, if and when such an emergency happened…and I saw the parents react—never anticipating such a morning could ever happen to them. Emotions seem to set their tone and they were at a distinct disadvantage.

Where do churches find themselves in our culture today? Are we those who stand and look on helplessly while our culture fractures daily? Do we wring our hands and become defensive? Have we developed a ‘bunker mentality’? Perhaps, others in the church are equipping themselves as ‘first responders’ for their city. They see the wounded and have learned the ways of Jesus—bringing the Healer to bear up and mend broken hearts.

Is there a third category? I have been considering the word ‘Overcome.’ It means,

I have been seeing a difference between the Kingdom and the Church. Perhaps the one is to take territory from an enemy that the other then ‘holds’ or maintains. What if we need to discover whether we are Kingdom Overcomers or Church Developers? What if one takes something that the other holds onto. Join me in considering ways for forward movement in the Kingdom to take place.

One thought on “Overcoming: Taking What Others Hold On To”