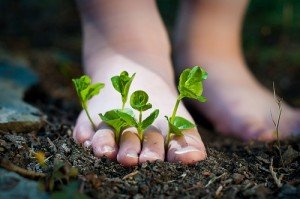 The only thing that unites them is this sensation of grief. Aside from that, they have little in common. I chuckle a little at myself for thinking of them together. Why would I link them?

I think it is because these two men were engaged in life. One, Irwin, romped through the natural world, inviting a television audience into the giggling, wide-eyed wonder of it all. The other, Tony, quietly navigated the world of nature and friendships pursuing a vision of community and shaping his world with the touch of a craftsman. These two were fully invested in that unusual practice of embracing the moment and living as though it were playing—at least that’s how it seems.

In truth, I can’t know what their living was like in those concealed, looking-glass moments when they stood honestly before their own reflection. I only know that from where I stand they appeared to have found that rare place in life where they fit, where fun and fantasy, passion and play mingled comfortably like old friends.

That they should leave us in the midst of living seems unfair, like a child, full of laughter, thoroughly enjoying the game, being hurried from the playground. Children cry when they leave their playing. They grieve the loss of fun. I grieve over the loss of a friend, a brother who had remembered how to play.

The grief of this loss has layers. Certainly, the loss of friendship, and the knowledge that a phone call will no longer mend the distance between friends, is part of the sadness. I think another is the realization that someone who walked the same era as I has slipped away. Tony would have remembered the wave. He could have told the story of the tide that swept so many of us into the arms of Jesus back in the late 60s and early 70s. He was one of the “Jesus people” that caused so much hand-wringing in the religious establishment. We shared a time when faith was new and the promise of the Kingdom was as close as the next breath. We both look back on the remarkable tales of courage and “coincidence” that brought people together and wedded them irrevocably to the cross. The lives of we who grew from those years have been lived with the same soundtrack playing in the background.

And now another of these friends has passed from life into eternity. There is great comfort in knowing that the faith that has driven and sustained us over these decades also promises sweet reunion. But until then, the memories have awakened. The challenge is refreshed—tempered with grief, but still renewed and refreshed. As I mourn the loss, I recall the newness of faith and find myself yearning for another generation to be swept along with the wave. Perhaps that is the purity of grief. Maybe we are to remember the life that has been lived and be inspired to deposit what fragments of it we can in the hearts of another generation. No, not fragments—fragments are of something shattered—seeds. In every loss there can be planting. There may be a new generation who learns passion and play; fantasy and fun; faith and new life.