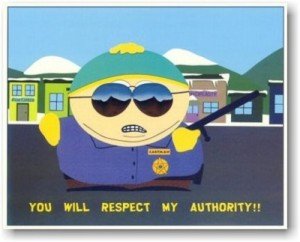 (Part 8 church+change) I’m just finishing up a book that Jody and I have been writing for a decade. It’s about submission. We are of the opinion that submission as it is typically understood is not at all what Father had in mind. Here is an excerpt from a key chapter:

For the apostle Peter to exhort Christian men to, “grant [your wife] honor as a fellow heir of the grace of life, so that your prayers may not be hindered,” (1 Peter 3:7), amounted to a leveling of social order. In the first century it was understood that the rights of inheritance were granted to men. Yet Peter calls on Christians to honor their wives as fellow heirs. Relationships in the church were beginning to shift away from “hierarchy.” The change can be defined by a simple shift in the spelling of the word. Reverse the ‘I’ and the ‘E’ so that “I” follows “HE.” That is the order that is supposed to be in creation, every individual subjected, not to other people in some kind of hierarchy, but to the eternal “HE,” fellow heirs together. This is not a “hierarchy,” where people are empowered by their rank, but an “HEIR-archy” in which people are honored in their role.

Of that, there is much to learn.

So how does one go about living in an “heirarchy?” If order in the home and church isn’t established by the rank of its members but by their roles how does the whole thing keep from flying apart in a great power struggle?

Power struggles are only avoided when we apply a different understanding of submission, that views it not as a way of keeping order, but as a way of learning kingdom order as fellow heirs, willingly subjecting ourselves rather than depending on a form to impose submission upon us.  Willing submission, after the manner demonstrated by Jesus, is the way we prepare for the reconnected creation that Father has in store for those that love Him (1 Corinthians 2:9). The New Testament is the story of the restoration of submission in God’s creation. As such, it is the revelation of renewed liberty. Paul put it this way: “the law of the Spirit of life in Christ Jesus that sets us free from the law of sin and death” (Romans 8:2).

Taking a legalistic approach to the New Testament is the main hindrance to living in “heirarchy.” By treating the gospels, Acts, and the letters of the apostles as a rule book, we risk making submission a mere form. Forms assume that someone, or in the case of organizations, something, must play a dominant role in order to establish and maintain order. The results can be troublesome…

Yeah, tell me about it.

2 thoughts on “Hierarchy or “HEIRarchy”?”