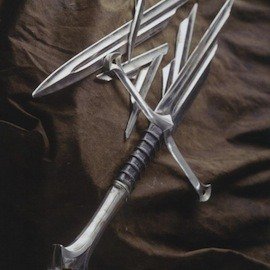 Why would Jody and I write a book called Sword of Submission? Why that particular topic? A few years ago, we were cautioned not even to use the word in the title—something about the kiss of death. Nobody would read such a thing.

Hmm. Why is that?

What would make people want to avoid the subject of submission? You know what we think? It is because Christians have been wounded by it. Many of us don’t trust the word.

Yet many are convinced that being submitted to somebody or some organization—coming under a covering, it’s called—is evidence of godliness. To not be submitted someplace is a sure sign of rebellion, or at least of spiritual vulnerability. Moreover, to question that definition of authority in the church is to be branded a rebel; and rebellion is as the seed of witchcraft, don’t you know…

So, why did we defy conventional wisdom and write it anyway? Because we were tired of the way the so many Christians have come to understand the subject. We wanted to challenge the status quo. Question authority. Think again. Reconsider what we thought we knew. We wanted to object, and to suggest that this subject means far more than most of us think.

We wanted to protest, but more importantly we wanted to propose that submission, properly understood, looks nothing like the things we just mentioned. It isn’t an end in itself. It is a means to the most important end of all: becoming submitted to our Creator. When we get good at that, we will have reclaimed the power of what it means to be human. That is what Sword of Submission is about.

PS- Jody also points out that we wrote it because, “the Lord told me to write a book.” Well, if the Lord said so, I guess we’d better submit!