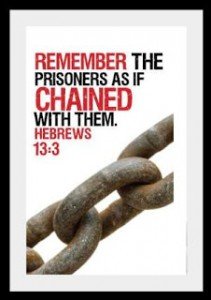 I have been following the news feed of Christian Today, an organization in the UK. They report the following:

Reports of this kind attract my attention because of the way we have been doing church for the past twenty-some years, namely in homes or other “off the grid” locations.” Of course, we don’t regard churches that don’t meet that way as somehow inferior, rather we suggest that there is more than one way to live in Christian fellowship. Moreover, in some parts of the world such small, below-the-radar meetings are a necessity.

With respect to the headlines above, particularly #4, the challenge of living as a Christian village in the world may call us to smaller, less obvious expressions. They have their advantages. When we think of “a church” as a relatively small gathering of, say, 12 to 20, then it doesn’t take much to start one — not much trouble or money. And considering that one Christian preacher has said, “the most effective tool of evangelism under heaven is the planting of new churches,” it very well may be that learning to meet this way is vital, especially if the church faces persecution.

Fortunately, the Spirit is not intimidated by the seemingly insignificant. Indeed, He has often used persecution to advance the gospel when the church is forced underground. Let’s pray for our brethren who are experiencing threats of harm that they will grow in faith and influence in spite of the circumstances.