If youâ€™re going to save yourself from this untoward generation and salvage something out of the world wreck and the crash and the fall of the world, you are going to have to do three things: the first is magnify God; the second, mortify the flesh; and the third, simplify your life.

~A.W. Tozer, Success and the Christian

(This is the fourth of four beginning July 14th.)

This thread about sexuality and life between the worlds has taken a while for me to finish weaving. *sighhh* Life and its distractions! Itâ€™s about time I got finished with it so I can move on to something else.

So, hereâ€™s operative question. Is homosexuality OK? Moreover, is hooking up, shacking up, partnering and all the other terms that have been used to describe loose-fitting, non-committal relationships, regardless of gender, acceptable between the worlds?

I have already suggested the reasons. First, the aforementioned behavior suggests a flawed view about the nature of the world weâ€™re living in and of the nature of God that created it. It suggests that God is really bummed when we arenâ€™t having fun and doing what feels right and normal for us because He made each of us with a set of custom-made feelings and he thinks itâ€™s really sad when we donâ€™t act on the feelings that he gave us. Then again, one doesnâ€™t have to be a great logician, or a structural engineer to figure out what the architect had in mind when he drafted the blueprint for humans. Feelings donâ€™t trump design. Clearly, we have been purposefully created and God wasnâ€™t careless or arbitrary about how he made us. That leads to the second point: the creator intended that our nature be a point of reference, analogous to him. As a blind man needs a point of comparison if he is to have any understanding of terms that are irrelevant to himâ€”red is a â€œhotâ€ color; blue is a â€œcoolâ€ color like water in a mountain lake. Accordingly, in our blindness God gave us comparisons: God is like a Father and a husband. We are like a child or a bride to him. Creation is prophetic and, as such, is sacred imagery.

In short, our proclivities are sescondary to Godâ€™s creative intent. But here is where the church is caught in her hypocrisy. I have spoken with people who struggle with their sexual identity. They rightly object that it doesnâ€™t seem quite fair that I insist that they lay aside what they feel is a definitive part of their character while I, indeed most of the church, makes no comparable sacrifice. So, what? Are we just fortunate that we donâ€™t have any similar sins? How nice that we can respond with a shrug and a, â€œyeah, sucks for you.â€

The message of the modern church often rings hollow because she doesnâ€™t recognize her call to sacrifice. We assume that â€œlife, liberty and the pursuit of happinessâ€ really are rights. I know the founders said they wereâ€”God-givenâ€”but are they not privileges and gifts instead? That trilogy of rights (pardon meâ€¦gifts) was planted in the Garden of Eden right next to the tree of the knowledge of good and evil and we all remember how that turned out. The human race exploited its life, squandered its liberty, and made the pursuit of happiness an obsession. Itâ€™s easy for American Christians to continue the pattern.

The life of the â€œinbetweensâ€ must reflect the utter submission of the Kingdom that is coming. The Apostle warned that we were not to focus on the things of this world, but on the things above. That means that we need to be willing to lay down our very lives. Jesus taught us to live simply. Jesus showed us how to lay aside life for others. He commanded us to live at one with the Father. Those things require that we discard the baggage of this world. 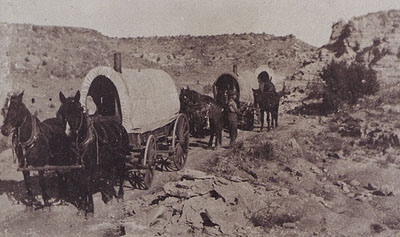 to lighten their load if they were going to make it across the continent. If we are going to ask some to discard their sexual identity along the trail, we need to be willing to abandon our wealth, our safety, our preferences and our comfort, casting them off that we might journey with them toward what lies ahead.

One thought on “Society: Sex, Self and Sacrifice”