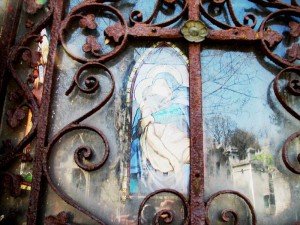 For 7 years—from 1990-1997, I served at a ministry called, The Portland Fellowship. It was an affiliate of Exodus International, and ministered to Christians who struggled with their sexual identity. I had never heard of this kind of ministry prior to my involvement, and did not realize what an impact it would have on my life. People were referred to us from churches, seminaries, and Bible schools. They came alone or with a parent or friend. But they came……a lot of people came. Some were pastors, some were teachers, some openly sharing their struggle for the first time in their lives—while others, almost out of hope, took one last chance and called us.

This organization was not evangelizing those who were content with their preferences. This was a ministry designed to come alongside those who were desperately trying to reconcile their faith with their sexuality.

While we wanted churches to know who we were and what we offered, I struggled with the pattern of having this be the one area of ministry that required being sent off to a Para-church organization in order to find any help. When people began driving from other cities and states in order to meet with me, I knew that the current strategy needed to change.

The Church has a theology of transformation. We expect, that following an invitation to ‘follow Christ’, people will leave an old life behind, and begin to identify with a ‘new life’. We call people to Christ, but then treat ‘conversion’ as a noun, rather than a verb. When our theology does not lead us to the practices of a new identity, we revert to law based discipleship.

In the past week, Exodus International has chosen to dissolve its’ ministry. A final quote from retiring President, Alan Chambers, should be a word to the church. It is way past time.

“Twelve years ago I said I hoped someday we’d shut down Exodus because the Church was doing its job. Today, we want to shut down Exodus so the Church can do its job. The whole world has gone stark-raving mad over this one ministry, and this one issue, and it’s too much for one organization to own, and it’s too much for one man or one group of leaders to own. It’s time for the Church at large to own it. It’s not too big an issue for the Church to deal with. For years Exodus has been this resource for the Church—and I’m glad we have, because it saved my life. But we’ve also been the scapegoat. We’ve been the people and organization the Church sent people to because they didn’t want the mess in their office. It’s time for the church to realize, this is your issue. This is something you need to own and deal with, these people need you. So we’re all too glad to give it back to the churches, where it should have been in the first place.”

So Church……..do you know where to begin?

One thought on “A Merged Life”