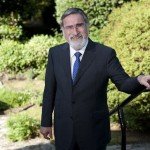 We don’t hear much about it. It is as though persecution, when directed toward followers of Jesus, is of less concern than the persecution of Shia or Sunni, or a dozen other despised minorities across the globe. Interestingly, one of the most outspoken observers of the silence is Chief Rabbi Lord Sacks. Below is an excerpt from the London-based Daily Telegraph, newspaper:

[T]he cause which [Chief Rabbi Lord Sacks] discusses with the deepest concern of all is the persecution of Christians in the Middle East – a plight, he argues, which is getting virtually no attention in public life.

“I think this is a human tragedy that is going almost unremarked. I don’t know what the name for this is, it is the religious equivalent of ethnic cleansing.

“We are seeing Christians in Syria in great danger, we are seeing the burning of Coptic churches in Egypt. There is a large Coptic population in Egypt and for some years now it has been living in fear. Two years ago the last church in Afghanistan was destroyed, certainly closed. There are no churches left in Afghanistan.

“Between half a million and a million Christians have left Iraq. At the beginning of the 19th century Christians represented 20 per cent of the population of the Arab world, today two per cent. This is a story that is crying out for a public voice, and I have not heard an adequate public voice.”

It is striking that this is an issue which does not directly involve Jews at all.

But being Jewish, “you cannot but feel this very deeply and personally”, he says. “I think sometimes Jews feel very puzzled that Christians do not protest this more vociferously.”

He compares the violence faced by Christians in Egypt, Syria and Iraq to the mass exodus of Jews from Arab countries in 1948, when the establishment of the Jewish state was followed by the persecution of Jews in countries including Egypt and Libya.

Those who remain today are “very small residual communities living in fear”, the Chief Rabbi says.

Aside from a debate 18 months ago in the Lords led by Dr Rowan Williams, the then archbishop of Canterbury, political and religious leaders have failed to respond adequately to the problems Christians are now facing in the same region, Lord Sacks suggests.

“I don’t know why people don’t speak more about it. I would hope to find the opportunity to do so, I’m just not sure when and how. It is a very, very scary situation.”

The message in all this is clear: persecution for following Jesus is not just for the history books, it is a contemporary reality. Moreover, it need not be confined to distant lands and cultures foreign to us. It is happening today and it can happen here. Still, this is not a time for hysteria or dark speculation about conspiracies against the church, it is a call for us to pray for Christians, and indeed, all despised minorities. As followers of Jesus our hearts are not turned exclusively toward our own people, but toward all people who are the victims of the greatest epidemic of all: hate.

Another article concerning this issue can be found here.