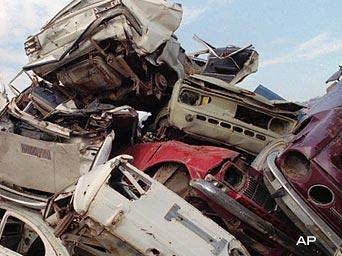 The gods are dying. The gods of this world are sick unto death… Which gods? The gods that we worship. Their sacred names? There is science for one: he who would redeem the world from poverty and disease; on whose shoulders mankind was to be borne onward and upward toward the high stars. There is communism, that holy one so terrible in his predilection for blood sacrifice but so magnificent in his promise of the messianic age: from each according to his ability, to each according to his need. Or democracy, that gentler god with his gospel of freedom for all peoples, including those peoples who after centuries of exploitation and neglect at the hands of older democracies can be set free now only to flounder in danger of falling prey to new exploiters. And we must not leave out from this role of the dying what often passes for the god of the church: the god who sanctifies foreign policy and our business methods, our political views and our racial prejudices. The god who, bless him, asks so little and promises so much: peace of mind, the end of our inferiority complexes. Go to church and feel better. The family that prays together stays together. Not everybody can afford a psychiatrist or two weeks of solid rest in the country, but anybody can afford this god. He comes cheap.

I pause and consider the institutions in which we place our hope: ideologies, political systems, and yes, even religious systems. Buechner has a way of jabbing me in the spiritual gut. Yet, that is probably what I need. It is the nudge and the sharp jab that keeps me from forgetting what our systems are incapable of remembering: In God we trust. Nothing else is trustworthy. Not nations or nationalism. Not governments or ideologies. Not political systems, or religious institutions.

God is trustworthy and my task is learning how to trust Him. That is the challenge that calls me to the place between the worlds. It is the place of intimacy with Father through His savior Son…and with His children who are laboring to let go of this world and take hold of the world ahead.