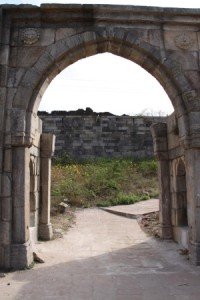 When Jesus exhorts us to pray for something, we’d better listen. And He said we are to pray for God’s Kingdom to come. As I’ve suggested before, I take that to mean not only the Kingdom that will unfold in its fullness when all things are put under the feet of Christ, but also the kingdom that is presently unfolding here in time and space. Looking at it that way, we are presently “Living into the kingdom.” We ought to be applying as much of the way of life of that future realm as we can here, as we anticipate the full revelation of the Kingdom in which we will one day fully live. The Kingdom is coming while our mission to destroy the works of the devil advances.

For a long time the church has been more invested in the world system than the kingdom. We’ve been competing for bandwidth, fretting about whether we are being heard over contemporary clatter. The result is we’ve been taking our cues from the culture rather than looking above and taking direction from The Kingdom. While we live—waiting—in this earth-tied kingdom, we should be ignoring the tactics of the world and embracing the core values of The Kingdom that Jesus described, living into them Himself.

Take “Christian” music. There are many talented musicians who are Christians in their worldview, but who look to the world for inspiration. I shudder when I hear promos that say a band or vocalist is “in the style of …” or, “if you like Guns n’ Roses, you’ll like …” That’s just a handy example. We do it in dozens of other ways, some subtle and some blatant. We measure success by numbers—baptisms, attendance and budgets. We market our churches in ways that don’t differ appreciably from local business. Is that wrong? Quite possibly. It is symptomatic of horizontal thinking. We neglect Paul’s instruction in Colossians 3:1-3.

It seems to me that we should be thinking of the church in terms of walls and gates. Walls of ancient cities (even forts on the Western frontier, for that matter) were designed to define the dwelling place of a population. The gates permitted a flow in and out to permit commerce and interaction with the surrounding lands. They could be closed if the population was threatened, but they were to be open in time of peace. The point is the city was self-contained in many respects. Practices of the city were not appropriate for the outside, or vice versa.

Another analogy is the embassy of foreign nations. For practical purposes, if a person in a foreign nation steps into the American embassy, they have stepped into a new jurisdiction. The embassy doesn’t adopt the laws of the host nation. It is an outpost of the home nation.

Similarly, the church should be making an effort to discern and predict the core values of the The Kingdom, adopt them and in so doing, be prepared to disregard many systems of this world. Much of Paul’s teaching touched upon this concept as he instructed citizens of the kingdom to choose between the ways of the world and the values of The Kingdom that is to come.

What if we made an effort to do just that? What if we looked at the fundamental issues of human living and applied Kingdom core values to them. We might be amazed at how little those values overlap with the systems of this world.