Church in a season of change (Part 4)

So, I’ve stepped out on a limb. Having mentioned a few ideas among the elder’s board about “changing it up” (and being met with muted enthusiasm and hesitancy), I decided to think out loud at last Sunday’s service. I figure if ideas are going to die, they may as well die publicly.

Up to this point, I’ve been paving the way by pointing out that change is part of the Christian experience. Though the gospel is unchanging, the language of the gospel keeps evolving in order to be understood in new places and by new generations. That’s been going on since the first missionary journeys of the church—nothing new in that. 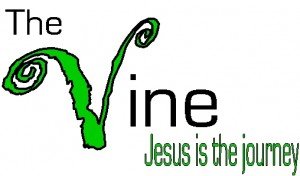 Then (and here I hearken back to my thoughts in a previous post about building a new  structure around an existing one) I proposed starting what amounted to a sister congregation on Saturday nights with the main purpose of encouraging its people to plant small group fellowships. I proposed calling that gathering, The Vine and linking it with an existing small group called Gathering 242 to help train folks who want to take the plunge into planting a house church, or what I call a “summit fellowship.” Finally, I proposed outfitting the building, particularly the fellowship areas, as a “neighbor space,” a place where people could gather for coffee and conversation open during the week.

Now, I will wait and see if a vision begins to take shape.

One thought on “The Vine –Jesus is the Journey”