In Him was life, and the life was the light of men…

Jody begins the teaching on the gospel of John. Going forward the notes and workbook will be posted to this site several days prior to the teaching. After the teaching, a recording of it will be added to the post.

Due to the pandemic, the study will be conducted as a Zoom call. Some of the small groups will be meeting “face-to-face” and others in break-out rooms within Zoom. Some groups will view the teaching later and meet as a small group at another time.

Gospel of John Introduction from Dan Mayhew on Vimeo. 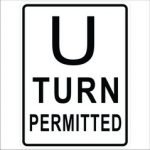 It has occurred to me that Jody’s studies are available on the website twice, once as a “sermon” and the second as a “podcast.” The second instance of her teachings in this space, as a post, is redundant because they are already a “podcast.” If you need a podcast feed for Jody’s Bible Study, use…

This address has always been available. The one I added back in September turned out to be unnecessary. All her teachings are, as they always been, available in the right sidebar under “Recent Teachings,” but going forward I won’t be posting them in this space, too.

Jody continues the her Bible study in the book of Acts as she moves into Acts 15, “The Council at Jerusalem.” Notes and workbook for this chapter are available at the Notes tab at tween2worlds.us. 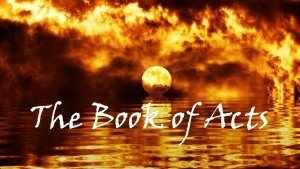 Jody has begun a new year of teaching the women’s Bible study at Montavilla Church. Each session will be posted at right in the sidebar. 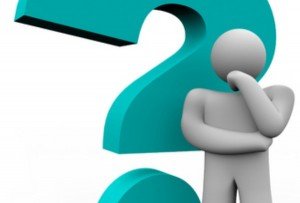 I sat in our livingroom on Saturday night and shared with a group of friends who were at varying degrees of understanding God’s gifts and callings. How do we know Whose we are…so we can begin to understand the gifts we have been entrusted with? I have realized over the last few weeks that I was supposed to write….to try to capture, frequently (rather than every 6 months) what the Lord has shared with me. I am being called to reexamine stewardship of kingdom resources, and realized that many nuggets I have gained in one setting could have multiplied influence if I would only capture them in print. So–this new year has a new commitment…to try to interpret for a wider audience many of the Kingdom lessons I am learning.

I am in the middle of a study of the Economy of the Kingdom and all that I am examining requires a ‘people’ to put it into practice. As I share with each study group, I am endeavoring to cross-pollinate the ideas of the Spirit and see the whole fertilized. Over the course of the next weeks, I will attempt to share in some kind of sequential way this course of ‘Sonship’ that I have been traveling.

Along my journey I came to consider this: Perhaps we have missed the pattern of discipleship that Jesus had in mind, and in fact, had imparted to His disciples. Instead of passing on an acquired knowledge of a set of prescribed doctrines (new covenant of course), perhaps the Father sent the Son to reacquaint us with how to walk in restored relationship with Him as our Father. I spent the first year of this “Sonship Study” looking at the earthly mission of Jesus and how we could mature by submitting ourselves to these lessons that the Son had come to teach. The second year of the study focused on the Lords’ Prayer ( the Son’s Prayer) and the High Priestly Prayer, and then years three and four looked at Hearing the Voice of the Lord. Now, year five, we are examining the Economy of the Kingdom vs. the economy of the world, and realizing that mature ‘sons’ are entrusted with a stewardship that they will give an account for. My contributions will draw from all of these, as the lessons are not linear, but internal, and continually being addressed as such by the Holy Spirit. (Reposted from Jody’s blog) .