Dan has returned to posting on his video blog called I’ve Been Thinking. Most recently, he is tackling the issue of homelessness. If you’re interested, his YouTube channel is a click away.

Dan was invited to preach concerning the gospel of John in the late summer 2018. 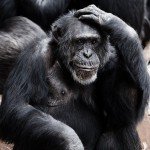 I’ve decided to take a page from Jody’s book and create a video blog of my own. While hers is a series, an extended study of walking in the Spirit, I am going to semi-regularly upload some random thoughts that I hope will give you something to think about. I am calling the podcast “I’ve Been Thinking – two minute thoughts about God, the universe and related subjects.” Here’s the link to the the “I’ve Been Thinking” YouTube channel. It’s also in the Audio/Video menu above. 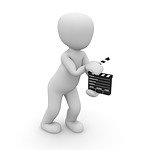 Walking in the Spirit

Here’s the link to Jody’s video podcasts on Walking in the Spirit. If you haven’t heard, she’s doing an ongoing series of three-minute video blogs about this topic. As of this post, she’s on day 16. Click the link and get started. It’s her YouTube channel so you can subscribe to receive notifications whenever she posts. We’ve been getting some great reports from people who are following the series. We hope you’re encouraged!

[The link to the series is also at the Audio/Video tab above.]

You can sure tell that the holidays got us! We haven’t posted in this space for over a month! That is just unacceptable. When we have so much going on, it would be a good idea to make sure you know about it.

Okay, so here’s the first news of the year: Jody finished her “assignment” for 2015, the one where she created an image of a name of God for every day of the year. Wow! What a project! If you haven’t seen her work, visit her on Instagram. Here’s the address.

Also, you’ll see that she’s got another assignment for this year. During 2016 she is going to upload a brief podcast every day in which she teaches about walking in the Spirit. Here’s the first installment:

Dan has some things going on, too. We’ll post something about that in the next day or two.

I attended  a pre-release showing of Woodlawn last night. I liked it, even though I wasn’t expecting to — I have been disappointed over and over by the mediocre attempts of evangelical filmmakers. But this felt different. What I call “the cheese factor” was missing. That’s the term I use to describe amateurish, poorly written and acted efforts at making the gospel relevant through cinema. Cheesy Christian films, perhaps unintentionally, rely on the patience and charity of church-goers whose love of the message makes them willing to accept mediocrity and suspend disbelief. The same films  tend to be soundly mocked by viewers from outside the evangelical camp.

I think Woodlawn succeeds where many have failed because it is based on a true story. When evangelicals attempt to make up a story — cinematic fiction — the “cheese factor” seems unavoidable, but this film, like The Hiding Place (1975), is based on a true story. Woodlawn is drawn from the book by the same title which, according to the Amazon summary, is about “courage, strength, and football at the height of racial tension in Birmingham, Alabama…and tells the story of Coach Tandy Gerelds, his running back Tony Nathan, and a high school football game that healed a city.” END_OF_DOCUMENT_TOKEN_TO_BE_REPLACED